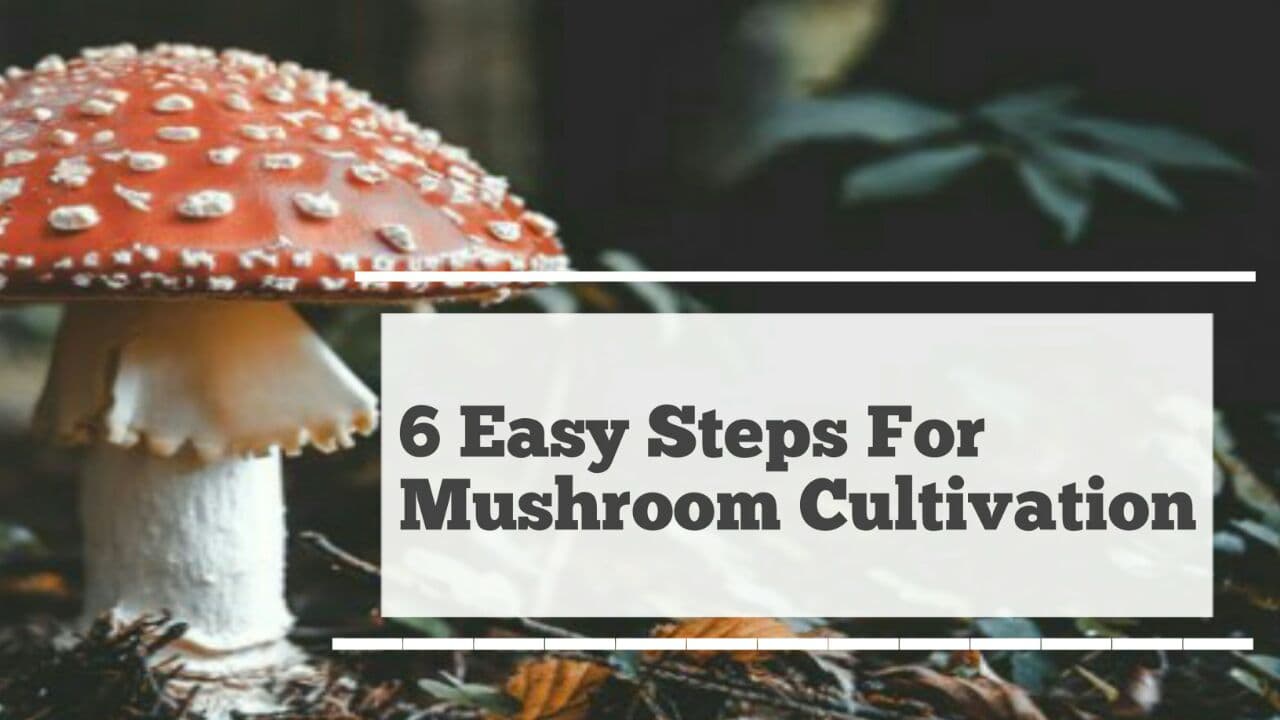 The edible fungus is generally known as Mushroom. It is a fleshy, spore bearing fruiting body of a fungus typically produced above ground on soil or on its food source. Like other fungi, it does not contain chlorophyll and has to depend on food prepared by another organism for nutrition. Therefore, it grows alone on dead organisms or in symbiosis with other organisms.

There are 6 main steps involves in mushroom cultivation

1. Phase I Composting – There are two types of compost –

A. Natural compost – It is made of raw materials like Straw, Horse manure, Poultry manure etc.

B. Synthetic compost –It is made of raw materials like bran, straw, urea, calcium ammonium nitrate or ammonium sulphate and gypsum etc.

2. Phase II Composting – The main focus of phase 2 composting is pasteurization and removal of ammonia which formed during phase 1.
concentration higher then 0.7 is dangerous to mycelium spawn growth , so this is important to remove ammonia.

3. Spawning – The process of sowing Mushroom mycelium into the prepared beds is generally known as spawning. We can do spawning in two way by dispersing the compost on the trays or mixing the grain spawn with compost before filling the trays. Once the spawning is done we cover the trays with newspaper and then sprinkle some water to maintain moisture content.

4. Casing – When we mix finely crushed rotten cow dung with garden soil that is called casing soil. In this pH should be on the alkaline side. The casing soil has to be well sterilized and capable to kill the harmful insect , nematodes , pest etc. By treating the soil with Formalin solution or by steaming we can sterilized it. The casing soil require lots of air. After spreading is done the temperature should be maintained at 25℃ for 72 hours .

5. Pinning – The pin develops when the CO2 content of the room is less then 0.08%. Mushroom occurring at the beginning develops after rizomophr have formed. The newly formed mushroom are very small. The timing of fresh air to introduce in the room is very important. Prevent the air to enter in the room until the mycelium has begun to show at the surface of the casing. Stop watering the casing when the pin initial starts forming.

Hand-picking mushrooms can be stored and consumed fresh.